I was recently asked to share a little about myself (Mike Black) and family, so let me take you on a brief journey of who we are.

Terry Black was born and raised in Lockhart, Texas. Having worked in and around the barbecue restaurant his grandfather started in 1932 and father took to the next level years later. Graduating from Lockhart high school, then the University of Texas in 1977 - he is an accountant by trade. Terry married my mother Patti in 1978 and set out on a mission to have 2 loving kids! His skills lend themselves to be extremely beneficial to the business on the backend financial and accounting side. His hobbies include fixing all things restaurant related. Often taking a 20-minute job and turning it into 2 hours but completed to absolute perfection!

My loving mother Patti was born in Luling, Tx and raised in Lockhart, Texas in a house my family still owns today. After graduating from the University of Texas in 1978, she went about a career in Pharmacy. Always a ray of sunshine and positivity, she was an integral part in recipe development in the early years of Terry Black's Barbecue. Coming from a family of cooks, she loves being in the kitchen and just like her mother Opal McGee (the greatest cook of all time), she’s always quick to whip up the most amazing scratch recipe!

Terry and Patti's first born was my sister Christina, born in 1985 in San Antonio, Texas and raised in Lockhart. Christina graduated from Lockhart high School in 2003, then Baylor University with an accounting degree in 2007. She then came home back home to Lockhart to work with Terry at his accounting firm and attend Texas State University for her Master’s degree. After graduating from Texas State, she continued to work with Terry and further her booking keeping, accounting and financial planning skills. Christina has since moved to Dallas to assist in operating our second location in the Deep Ellum neighborhood.

The second born to Terry and Patti was myself, Mike! I graduated from Lockhart High School in 2006 and then from Texas State with a degree in Finance in 2010. From there, I went back to Lockhart and worked for my grandfather at our family barbecue restaurant. Learning valuable lessons on what to do and a lot of what not to do. This time and experience was monumental in my growth and preparedness as I set out to open Terry Black’s Barbecue in 2014 with the rest of my immediate family members. Married in 2018 to Cherie Black of Austin, we had our first child Berkley Opal-Marie Black in 2019.

The unexpected 3rd child, my twin brother Mark! He tagged along with me all through high school and made his way to The University of Texas graduating several years later with a degree in Economics. Spending his time bouncing between Austin and Dallas, he is always on the go and a master brisket cook. With ideas that run wild and free at times, his brain stays in overdrive. When it comes to thinking big and outside the box, he is your go to guy.

Finally, our restaurant family! The restaurant cannot operate and would not be a fraction of what it is, if it wasn’t for so many great co-workers of ours. Several of our staff have been with us since day 1, going on 7 years now. With many more fitting in to the 3-5 year tenure category with us. For them, I am forever thankful and grateful.

Be on the lookout for a follow up blog post on How Terry Black’s Barbecue came about and where we are today! As always, thanks for reading and being a part of our life story and journey onward! 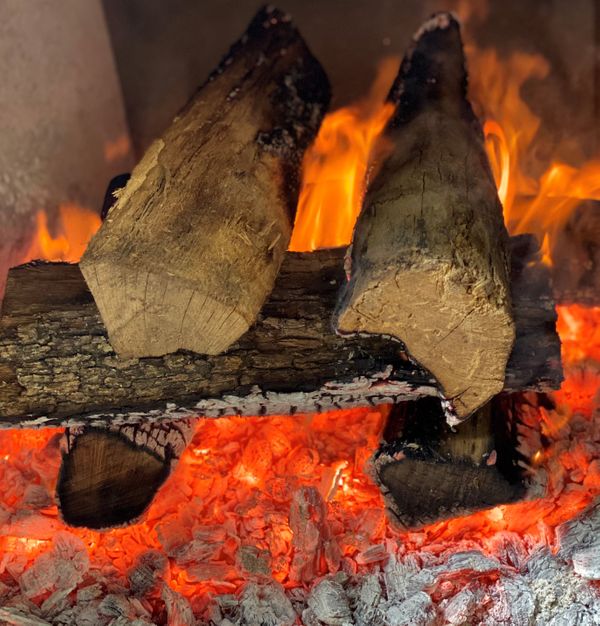 So how did Terry Black’s Barbecue decide to open it’s first location in Austin, Texas on Barton Springs Road? Well let me (Mike Black) take you way back…

I will answer the ever so often asked question, "Who makes your pits?" and briefly talk about the barbecue pits that we own and operate. Note, I'll follow up at