So how did Terry Black’s Barbecue decide to open it’s first location in Austin, Texas on Barton Springs Road? Well let me (Mike Black) take you way back…

After graduating college in 2010, I started working at the family barbecue business in Lockhart, Texas as a way to earn money and occupy time while I continued my job search in the finance field. Due to rough economic times, that job search wasn’t very fruitful but none the less was a blessing in disguise. Little did I know that 6 months into my temporary family barbecue job, I would fall in love with the barbecue business more than I already enjoyed eating it. Not only did I realize my passion for smoking meats and market style customer interactions but I more importantly enjoyed my co-workers; so much so that I told myself I would never work a desk job for the rest of my life.

The original plan running though my head was, “I’ll continue to work here in Lockhart until the family feels comfortable expanding outside of Lockhart and I’ll assist in opening the second location of the family restaurant”. Well that thought process changed rather quickly when I noticed a whole lot of activity in the business that didn’t sit right with me and I believe wouldn’t have sat right with my grandfather had he had an accurate depiction of what was happening behind the scenes.

Like most BBQ families, unfortunately there comes a time when greed and discourse takes over, either leading to a split or coming to a compromise. In our case, it was a split, one side didn’t want to get along. In the end, often one side feels like they’ve received the short end of the stick for whatever reason and the other side thinks their self-righteousness won out. Forgetting at the end of the day you are still blood related and should always treat others how you would like to be treated. Never forget, how you treat others is an integral part of success in the restaurant business and life in general. See, I told you in the first blog you might get some life advice!

After having separated from the family business in Lockhart due to an attorney uncle taking over, my immediate family members and I decided to continue on with barbecue. Considering after all, we were born in to the barbecue business, it’s what we knew, it’s in our blood! We had to continue on and we for damn sure wanted to after all we had been through!

We set our sights on Austin, Texas where there was a revival of high-quality craft barbecue joints popping up. We wanted to be a part of the up-and-coming craft barbecue scene and showcase our skills cooking the old-school way. The way my grandfather first taught me during my early days in Lockhart. Not relying on rotisserie cookers and sides that come from a bag or box in the name profits. Putting passion and hard work behind what we were doing every step of the way. So, the old-school way we went about cooking and making sides from scratch in our parents’ backyard, constantly working to prefect our craft. All the while receiving threats of different lawsuits from that attorney uncle of ours. These threats eventually led to a name change from the original name we had intended to use and I’m sure glad we did. My brother and I settled on Terry Black’s Barbecue, named in honor of our father.

As we continued to test cook meats in our new pit and taste test old family recipes, we worked on a shoe string budget to finish out an old building we found at 1003 Barton Springs road, Austin, Texas. With very few dollars to work with, I hired a local man named Steve living across the street in the park. He worked long hard hours with me, never missing a day of work until he didn’t show one day… In his place another man named Greg showed up. Upon his arrival he informed me that Steve was involved in a very traumatic incident that required him to be hospitalized and temporarily lost the use of his legs. He didn’t want to leave me hanging so from his hospital bed he called Greg to fill in. Greg and I worked for a few months on construction until we needed more help. At that point, a friend of Greg’s named Will West came on board. Will not only helped with construction pre-opening but he also came on board as a full time cook with me starting at 4am each morning when we eventually got open. Will west still works with us today, 7 years later.

After a lengthy permitting process and many long days of construction, we went about hiring a staff of around 30 people for day 1 of operations. Hiring this many people and properly training them for day 1 opening was very tough. Had we had the money, I would have spent a few more weeks training but we didn’t have the money. So, we opened as soon as possible and it was rough but we made it, people showed up for BBQ! Little did we know, we had hired some Rockstar’s, 10 of which are still with us today! My mother, father, sister, future wife, Aunt Nancy and entire mother’s side of the family showed up big and showed up daily in some capacity to help us make it work.

So, we’re open and making money and you would think all is great! Not so much the case, Mark and I were putting in 14-hour days, 7 days a week and did so for a little over 400 days straight. Running on adrenaline and the drive to be successful, we kept working to improve what we considered a below average product and had to overcome that 1 bad review out of 10 we were receiving on a daily basis. We kept hiring, training and improving our product and our regular customers were taking notice, they loved us. The paid local food critiques and self-proclaimed food critiques, not so much but that was ok. We tuned them out and stayed focused on getting better.

As months went by, which turned to years, we kept that same focus on a daily basis and stayed positive, focusing on our customers and not the outside noise. Critiques started to take notice of the improved product, service, experience we were providing and the accolades started to come! In 2017 we accomplished one of our day one goals, Texas Monthly named us a Top 50 BBQ joint in Texas. Funny, that uncle of ours that now owns the old family BBQ joint in Lockhart didn’t make the list. We were doing things the old school way, the way my grandfather did things and the quality of our product and service was getting recognized!

So that takes us to today July 1st, 2021. We’ve now successfully branched out to Dallas, Texas in the Deep Ellum neighbor hood and things are going great. We’ve expanded in to grocery stores amid the pandemic to retain staff and keep the fires burning. And now, we’ve got a pretty exciting announcement to make… We are coming back home to Lockhart to make barbecue the old-school way, the way that makes my family proud, with the passion and attention to detail my grandfather taught me to make barbecue! Terry Black’s Barbecue Lockhart is COMING SOON! 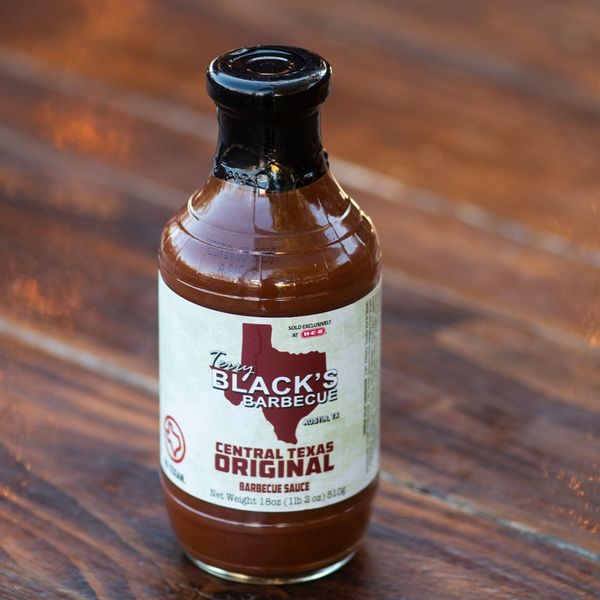 The short answer is, "Yes, if it's the right retail outlet but it's not going to be as lucrative as you might think. I was recently asked about my experience 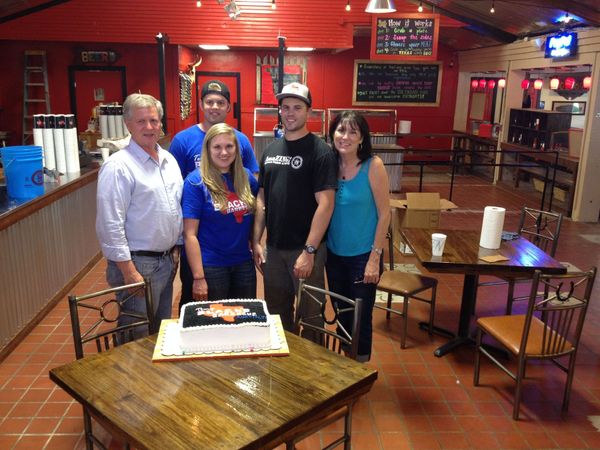 I was recently asked to share a little about myself (Mike Black) and family, so let me take you on a brief journey of who we are. Terry Black was