We are often asked, "How do you create such a nice bark on your brisket?"

-The short answer is "Air flow."

The proper type of air flow is the most important thing in creating a tasty crust like bark. Spices, spritzes, fat and cooking temps will also play a factor. Brisket bark should have a nice mouth feel, stay intact to the meat and be packed with flavor.

You are probably thinking, "Well what's the proper type of airflow?"

In order to create convective heat in our 1000-gallon offset pits, we open the firebox door, open the smokestack damper and let the pit breathe. By opening your air intake and output, you're introducing as much airflow as possible which helps dry out the surface area of the meat resulting in the creation of the bark. Not that complicated right?! Maybe... Maybe not. Throw in some ugly weather conditions (Too windy, too rainy, too humid, too cold) and things get wonky. Could this possibly be where the term Pitmaster was derived? Here at Terry Black's Barbecue, we like to be referred to as BBQ cooks. I've long thought I never wanted to be considered a master at anything because once you've mastered something, you're at the top and you've got nowhere to go but down right? So, if you're a master you've stopped learning, progressing and climbing the smoke stack of greatness? Ahh, I'll refrain from getting worked up over this title and save it for a later post! Back to bark...

When we season our briskets, we do so with salt and coarse ground black pepper. Salt will dissolve into the meat and enhance the flavor. Black Pepper on the other hand will sit on the surface and help create your bark to go along with a little spice that makes for a tasty bite! Too much black pepper will flake off but a good even coat will bind very nicely as your brisket shrinks in size and fat melts down throughout the cooking process. All other spices you apply will sit on the surface and bind with melting fat to help the bark formation.

Oftentimes you will see folks spritzing their briskets and they do so for several different reasons. One reason being, certain spritzes will help cake or char the outer layer and assist in bark formation. We typically start spritzing 3 hours in, once the rub has set and the outer surface of our brisket is nice and dry. Worcestershire sauce is one of those spritzes. ;)  Lightly apply spritz because too much can be a bad thing! Liquid should not be pooling on your brisket. If it is, tilt your brisket and drain excess liquid off. With that in mind this is not always a needed step in the quest for perfect bark but weather conditions permitting, you might need to do so. Some days, the weather is just perfect, and your bark magically appears with the use of other techniques. Other days, not so much.

Can you build bark on fat? Of course you can but it's not ideal! Take it from the guy who has seen a few hundred thousand briskets. It will be a little harder to do and a lot softer than on top of red meat. Trim your brisket fat down to around 1/4 inch of fat coverage on top. As your fat melts down and starts to caramelize, your pepper will bind together and bark formation is upon you! Melting surface fat is a component of time and temperature. Our briskets typically cook for an hour and ten minutes per pound. Three hours before finishing and right before we wrap, we'll up our cooking temp by thirty degrees to do what we call blasting the fat, get it bubbling and really rendering down with higher than normal heat.

So, there you have it! My thoughts and techniques to building a beautiful bark! Remember, practice makes perfect and no one perfected their briskets without first cooking a few rather questionable ones! Keep on smoking! 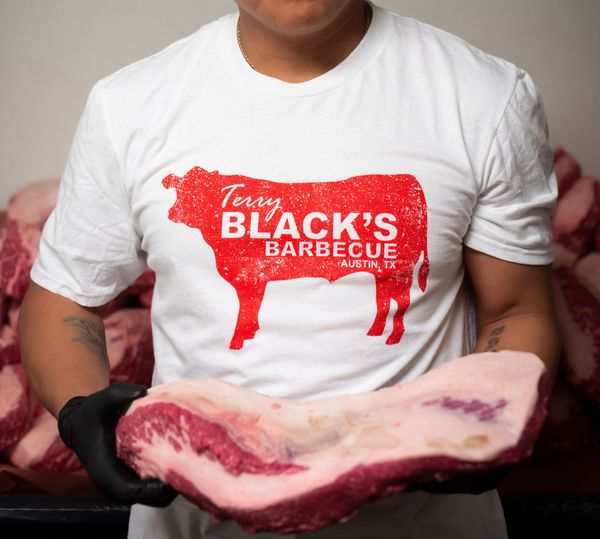 So you see a good deal on brisket at your local grocery store and you have to take advantage of this opportunity. You make the purchase and head home destined 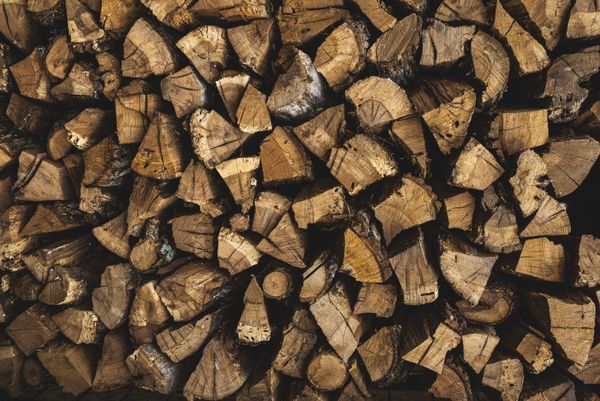 If I had a dollar for every time someone asked me “what kind of wood do you use?”, I would be rich! So please start giving me a dollar every